The data for this model is usually a couple months in arrears and as of May 1, 2018 the probability for a recession is 1.70%. 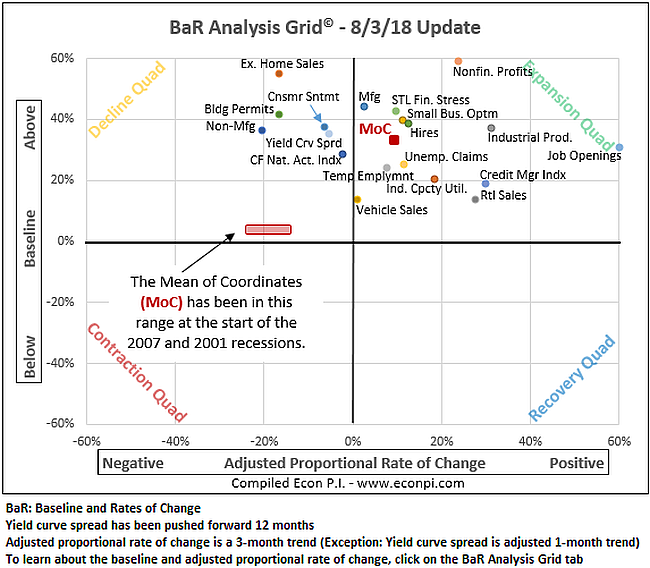 There is a lot of data illustrated on the chart, but as of August 3, 2018 the MoC is pretty far away from signally the start of recession and is still in the economic expansion quadrant of the chart.  It has improved slightly over the past 3 months.

Based on the data from this report, as of August 7, 2018 it appears that we are still in the late recovery phase and we do not appear to be entering the early recession phase in the short-term.