The purpose of this update is to identify any macro level red flags for a potential recession in the near term.  The 2 years have been unprecedented.  COVID-19 simultaneously put an end to the last market cycle and created a new one in a very short time frame.  The end result will most likely be a shorter than normal market cycle.  These updates will become more important now so we can proactively approach your investment strategies.

It is helpful to see a comparison between the last 2 months.  It is clear that there has been significant movement over the past month from the averages being safely in the expansion quadrant to now the decline quadrant. 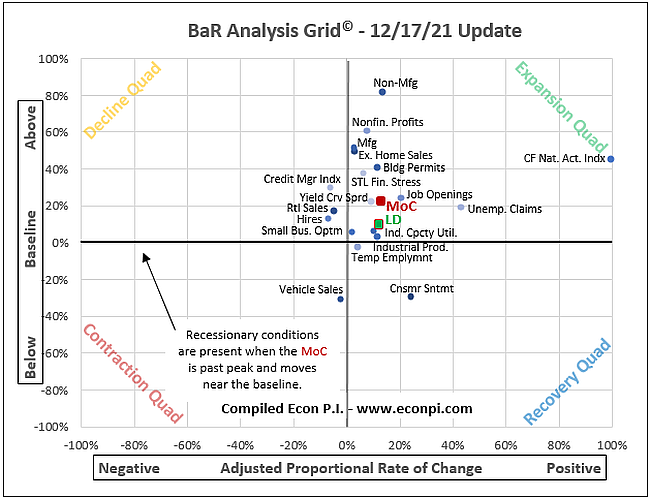 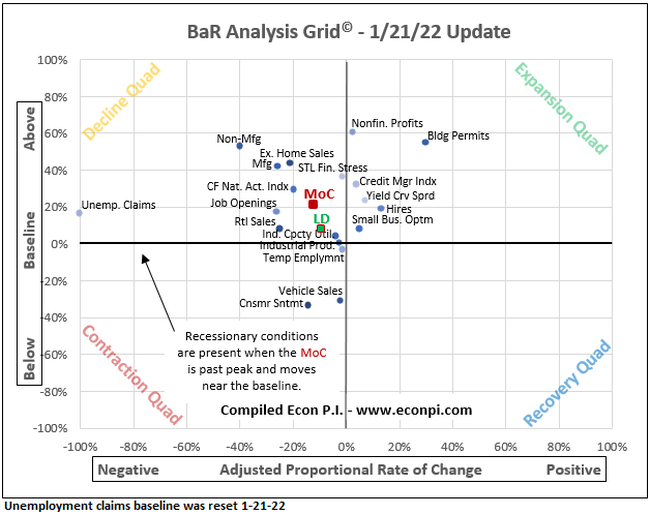 Based on the data from this report, as of January 21, 2022 it appears that we are in the early stages of a late recovery.  As stated at the top of the blog this market cycle is moving fast and the data from the past few months is proving that out.  We will want to update the information on a regular basis and adjust investment portfolios accordingly.